On Friday 28th of March a large swarm of paddlers once again descended on the small town of Murchison, located on the banks of the Buller River in the central upper South Island, ready for New Zealand’s largest kayaking festival  – Bullerfest to kick off.  Bullerfest is a multi-event weekend, but it is the Boater X on the Matakitaki river on Day 1 that serves as the grand finale for the NZ Extreme Race series.

Going into the event it was Joe Morley (GBR) who led the series narrowly from Gerd Serrasolses (ESP), but several of the top paddlers still had the opportunity to take top honours and claim the NZ Extreme Racing title, nothing was decided, it was anyone’s game. In the Womens Louise Jull was cruising her victory lap, already having won the first 3 races and taking out the National series with her Citroen race win the previous week.

Photos from the Boater X event were taken by Nelson sports photo specialists Shuttersport, and can be found
at their website by clicking the following link – Bullerfest Boater cross photos 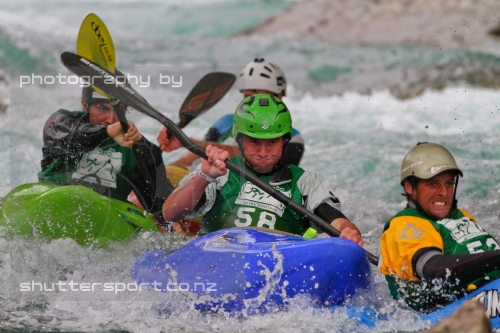 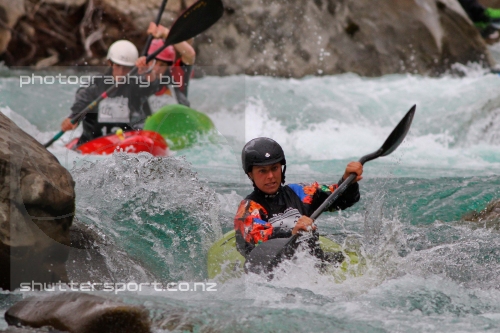 Jen Chrimes (GBR) in control of her final

Bradley Lauder of Rotorua took out the top spot in a very tight Open Mens final, closely followed by Matic Tercelj (SLO), with Carl Whitehead and Joe Morley (GBR) rounding out the top four respectively. Jen Chrimes (GBR) dominated all day in her Open Women’s heats, and comfortably carried that domination through to the final taking 1st place, followed by Anna Bruno (USA) in 2nd, Louise Jull in 3rd and Ashleigh Macdonald in 4th.

In the Junior men it was Harry Skelton who claimed 1st from Max Rayner 2nd and Jeremy Norbury in 3rd. Paloma Kelly took top spot in the Junior Women with Mia Kelly in 2nd and Lotte Raynor 3rd.

Another great summer of events and racing has come to an end, and the level of competition has been raised yet again. Thanks to all the event organisers for your dedication and time spent making awesome events. We look forward to next year already – bigger and better!!

Taking competitors best 3 results from the 4 races on offer, there was a small group paddlers who all had a chance to seal the deal at bullerfest for the national title. Without further adue we can send a huge congratulations out to Joe Morley (Great Britain) and Louise Jull (Rotorua), our NZ Extreme Race champions for 2014!!!

Zak Mutton took out the tightly contested Junior Division by one point from Brock Coddington who took 2nd and Ben Hume in 3rd place.

Full Series Results can be found below…